History, friendship and first-ever access make Cairo to Cape an adventure must. 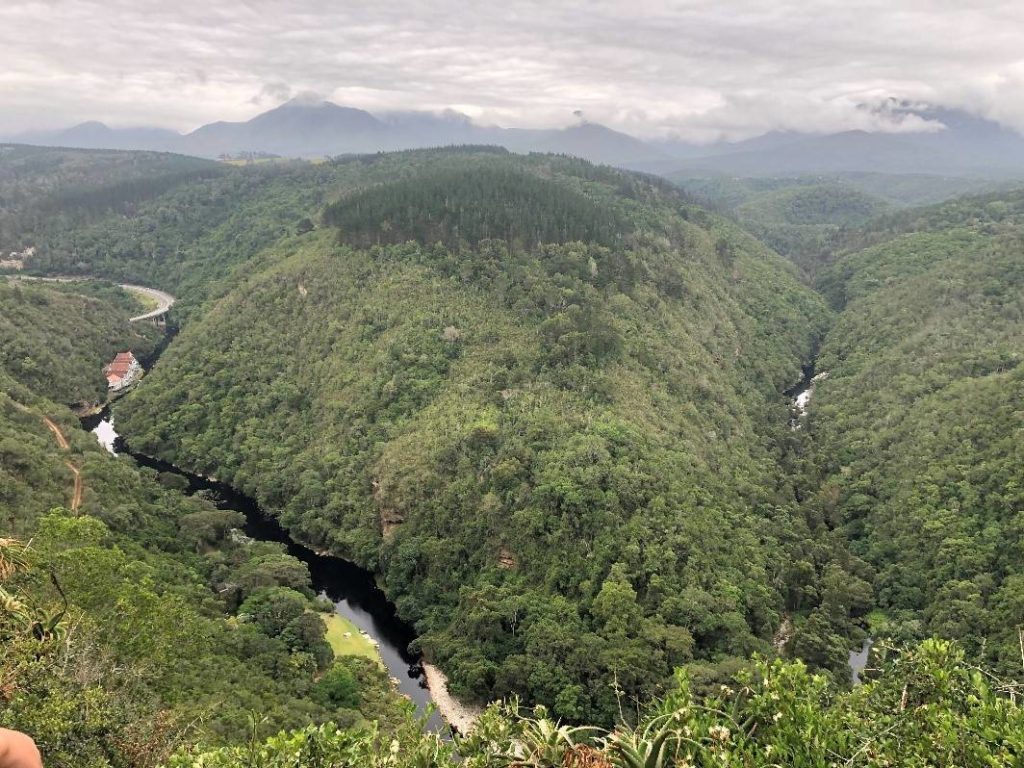 George, Garden Route (October 2021) – The Cairo to Cape Trail Run, scheduled for October 23, traverses the Map of Africa and participants will have the option of completing either an 8km or a 21km route. Making the race a must-do for local and visiting trailies is the fact that this hallowed location has never been open to the running public.

“But,” says race director Alewijn Dippenaar, “after an agreement was reached with the owners of Woodifields, where Map of Africa is located, several sections of private land bordering Wilderness Heights are now being prepared for the race.”

Woodifields co-owner Bruce Jackson – “a farmer and visionary” – met Dippenaar of Thousand Sensations-fame a decade ago and they struck up a friendship that, unbeknownst to them at the time, would turn dreams into riveting reality.

Dippenaar says it all started two years ago, when it was decided to clear the property of alien vegetation and open roads for emergency vehicles.

“It dawned on us then that these tracks could serve as trail-running routes, and the inaugural race is part of a longer-term plan to turn Woodifields into an adventure mecca,” he enthuses.

Cairo to Cape participants will have the privilege of crossing the historic property in a public-access first, starting at ‘Cairo’ on the Map’s northernmost point and passing various ‘countries’ en route. Runners will swing past ‘Cape Town’ in the south before returning on the circular track.

The farm’s rich history adds to the lure of experiencing this ecologically-significant terrain, where leopards have been known to roam amid spectacular indigenous flora.

“Bruce lives in the original house where Thomas Bain stayed while building the new road to Knysna back in 1867. The farm’s original name, Pampoenkraal, hails from the days when pumpkin peels fed the oxen that pulled wagons over this property.”

Dippenaar adds that trailies will be privy to the views that inspired beautiful artworks by French explorer and naturalist François le Vaillant in the late 1800s, as well as an array of scenic landmarks encountered along the way.

Until recently, national regulations had only allowed up to 100 participants for such events. But the current lockdown level means nearly triple that number can practically be accommodated. All Covid 19 protocols will be observed.

Enter the farm opposite Nelson Mandela University’s George Campus to revel in the tunes as well as great food, music and a fun atmosphere for the whole family.

If you’re keen to glimpse the terrain before committing to the race, swing past the Map of Africa viewpoint at the furthest extreme of Remskoen Street. Visit http://www.onlines.co.za/ to enter.